The Affordable Care Act, which is better known as Obamacare, has been a roller coaster ride since it was fully implemented on Jan. 1, 2014.

Since the individual mandate took effect, the rate of uninsured adults dropped by more than 6%. One would assume that the fewer Americans that are uninsured, the more efficient the healthcare system should be, with medical costs distributed over a greater number of people and Americans being more likely to receive medical and preventive care when they need it.

Things haven’t always gone as planned with Obamacare. While the Congressional Budget Office initially projected that Obamacare would see more than 20 million enrollees by 2016, at of the end of the 2016 calendar year enrollment period, there were only “about 12.7 million” enrollees, according to the Centers for Medicare and Medicaid Services. The massive shortfall in expected enrollees has left insurers, both nationally and regionally, to work with fewer enrolled patients, many of whom have been costlier and sicker compared to consumers who are covered by employer-based health plans.

To make matters worse, many of the dynamics that insurers had been counting on, in addition to higher enrollment totals, have not yet played out. For example, in 2013 The Washington Post said that of the 7 million enrollees targeted in 2014, in order to make Obamacare sustainable.  2.7 million young adults would need to enroll. Because young adults are often healthier and less likely to seek medical care, meaning their premium payments would more than offset the high costs of treating older and/or sicker members. Healthcare.gov did indeed enroll 2.7 million young adults in 2016, but there was a total of more than 9 million enrollees. With far too few young people enrolling, the program is stuck with an older, sicklier group of people.

In 2016, the risk corridor wound up being underfunded by more than $2 billion, leading more than half of Obamacare’s approved healthcare cooperatives to shut their doors.

Does this action represent the beginning of the end for Obamacare? 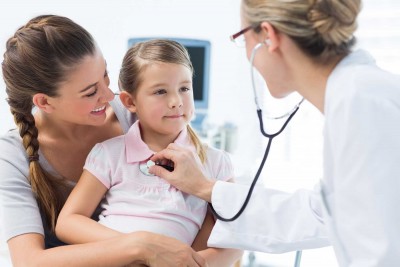 UnitedHealth Group is the nation’s largest health insurer and serves as a representative insurer in almost half of all Obamacare exchanges, has confirmed via its spokesperson Tyler Mason that it is indeed pulling out of Georgia and Arkansas in 2017.

If the largest health insurer in the country needs to pull out of Obamacare because it can’t turn a profit, then what sort of sustainable future does the Obamacare program really have?

Some experts speculate that the transparency of side-by-side comparisons offered by Obamacare exchanges is enough to drive down premiums, but strong competition among insurers puts greater pressure on premium prices. If UnitedHealth goes through with a complete exit of Obamacare, and other insurers follow, such as Humana, that doesn’t leave much to slow premium inflation in less competitive states. If this happens, the affordability of the Affordable Care Act could be thrown out the window.

What’s next for Obamacare?

The question we should really be asking is whether Obamacare can survive beyond the 2016 presidential election. With only five candidates remaining, only Democratic front-runner Hillary Clinton would leave Obamacare in place and attempt to build upon it. The other four presidential candidates would rather repeal Obamacare and start fresh. The upcoming election will be telling in terms of what happens to healthcare in the United States.

If Hillary becomes the 45th president, as consumers and investors our eyes should be turned to Obamacare’s long-term future. Since insurers can’t figure out how to turn a profit, big premium hikes may be needed, which in turn, would drive consumers back to the sidelines. Alternatively, if insurers grow tired of waiting it out, they may just leave Obamacare’s exchanges altogether. If that happens, a lack of competition would drive premiums up as well. The only certainty today is that Obamacare’s long-term future looks as unsteady as it ever has.