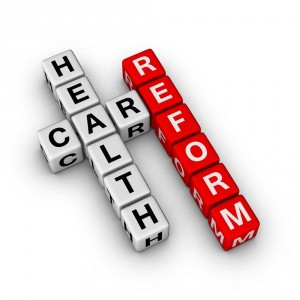 become a defining issue on the presidential campaign race since the passage of the Affordable Health Care Act in 2010, however in 2014 only 36 percent of 2014 Democratic candidates mentioned supporting the Affordable Care Act in their platform. For consumers concerned about healthcare costs, it’s important to know where the presidential candidates stand.

Clinton identified her greatest political regret on January 27, 2016, telling AOL.com it was failing to pass healthcare reform in the early 1990s. “Health care is a basic right. We are 90 percent covered, we gotta get to 100 percent, and then we gotta get cost down and make it work for everybody. And even though we didn’t get it then, we’ve got it now and I’m going to defend it and improve it.”

Sanders defended his healthcare proposal that includes “Medicare for all” again January 18, 2016, in an interview with CBS News. “If you’re not one of the 29 million who doesn’t have any insurance, and you have a 5,000 dollar deductible, you know what that means: When you’re sick you don’t go to the doctor,” Sanders said. “One out of five people in this country cannot even fill the prescription that their doctor writes for them – that’s called rationing. The truth of the matter is that our health care outcomes are not necessarily any better than many of the other countries who are spending significantly less per capita than we are.” Estimates by Gerald Friedman, an economist at the University of Massachusetts at Amherst retained by the Sanders campaign, show Sanders’ plan reducing Medicare costs by $6.3 trillion from 2017 to 2026.”

At the third Democratic party debate on December 19, 2015, Sanders discussed his desire to establish a single-payer healthcare: “Why is it that we are — why is it that we spend almost three times per capita as to what they spend in the U.K., 50 percent more than what they pay in France, countries that guarantee health care to all of their people and in many cases, have better health care outcomes. Bottom line. This ties into campaign finance reform. The insurance companies, the drug companies are bribing the United States Congress. We need to pass a Medicare for all single payer system. It will lower the cost of health care for a middle-class family by thousands of dollars a year.”

At the eighth Republican party debate on February 6, 2016, Ted Cruz discussed repealing Obamacare: “Socialized medicine is a disaster. It does not work. If you look at the countries that have imposed socialized medicine, that have put the government in charge of providing medicine, what inevitably happens is rationing. … If I’m elected president, we will repeal every word of Obamacare. And once we do that, we will adopt common sense reforms, number one, we’ll allow people to purchase health insurance across state lines that will drive down prices and expand the availability of low cost catastrophic insurance. We’ll expand health savings accounts; and we will de-link health insurance from employment so that you don’t lose your health insurance when you lose your job, and that way health insurance can be personal, portable and affordable and we keep government from getting in between us and our doctors.”

Cruz voted in favor of a Senate bill to repeal large portions of the Affordable Care Act on December 3, 2015. While discussing his healthcare platform at the Voters First Forum on August 3, 2015, Cruz said, “I’ve been proud to lead the fight to stop Obamacare in the United States Senate, against the Washington cartel. And there are a lot of politicians in Washington that have largely given up. They don’t believe Obamacare can ever be repealed, including, sadly, a fair number of Republicans. I don’t believe that. I intend to make 2016 a referendum on repealing Obamacare, and if I’m elected president, we will repeal every word of Obamacare and we’ll pass commonsense health insurance reform to make health insurance personal and portable and affordable.”

Kasich described the healthcare system he would like to see succeed the Affordable Care Act in an interview with NPR’s Scott Simon, “I’d like to replace it with a health care system that would be market-driven, that would begin to shift us to quality-based health care rather than quantity-based health care. In other words, with the primary care doctor being the shepherd to shepherd us through our health care needs, with insurance companies and hospitals working together to share profits, to share the gains they make by keeping people healthy rather than treating them on the basis of how they’re sick.”

According to Project Vote Smart, John Kasich supports a “managed competition” healthcare plan that would “contain costs and improve access that does not include mandated health alliances, government cost control powers, or employer/employee mandates.” He also said that he would support reforms to allow healthcare to be purchased in other states, reduce frivolous lawsuits, cover pre-existing medical issues, give incentives for people to live healthy lifestyles and implement electronic medical records.

At the eighth Republican party debate on February 6, 2016, Donald Trump discussed his position on healthcare, and whether it is closer to Hilary Clinton or Bernie Sanders: “I think I’m closer to common sense. We are going to repeal Obamacare. … We are going to replace Obamacare with something so much better. And there are so many examples of it. And I will tell you, part of the reason we have some people laughing, because you have insurance people that take care of everybody up here. I am self-funded. The only one they’re not taking care of is me. We have our lines around each state.” Trump suggested he supported universal healthcare on September 27, 2015. “I am going to take care of everybody. I don’t care if it costs me votes or not. Everybody’s going to be taken care of much better than they’re taken care of now,” he said.

In a July 2015 Forbes interview on how Trump would replace Obamacare, a Trump spokesperson said, “Mr. Trump will be proposing a health plan that will return authority to the states and operate under free market principles.”

Trust the dedicated agents at the Leb Insurance Group, a member of the Healthcare Solutions Team to provide you with the best health insurance to meet your needs. Get started today!